I’m writing what Unity beginners learned as a memo

What is a layer?

If you press the “Default” part of “Layer” on the upper right of this image, various players and Enemy will appear.

You can also create your own layer with Add Layer.

If you select “Player” by setting this, the game object will be treated as a Player group.

In this layer, you can set whether to judge collision between different groups.

「Edit」→「ProjectSettings」→「Physics」
Then go to a place like the image below. 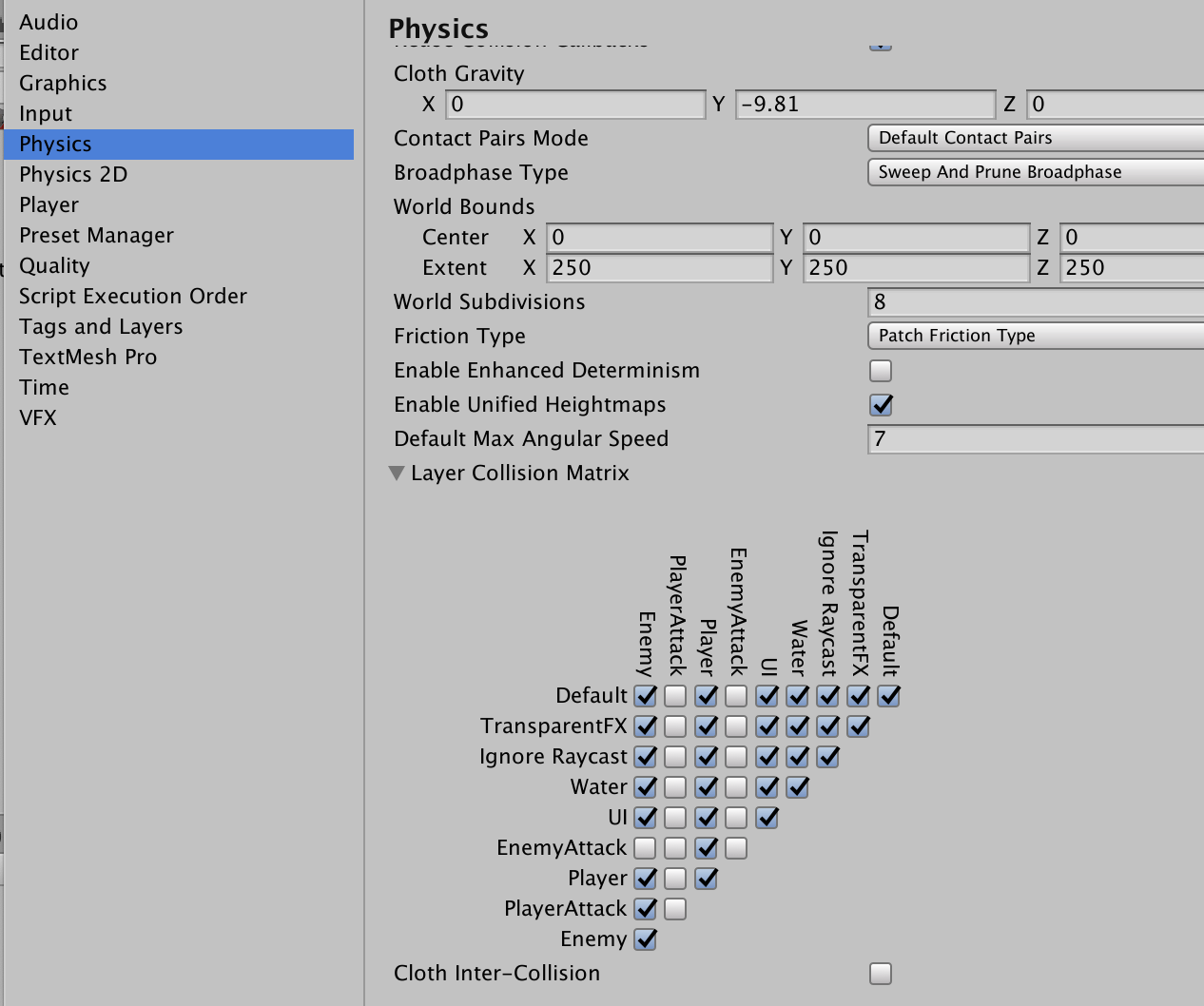 It is possible to set whether or not to judge collision between game objects where there are a lot of chuck boxes.

In this image, “Defauly” and “Enemy” are judged to collide.

Do not “Enemy Attack” and “Enemy”.

There seems to be something that can be applied other than collision detection, but that’s it for today.