I am a computer amateur.
(Four months ago, I never used Linux, of course, and never used a terminal.)
Please understand that there may be many mistakes such as wording.

-Create a virtual environment by referring to the following site.
https://qiita.com/iwa_gino/items/11aaffa9e49f2fc423d0

Please download and decompress Titan2D (v4.2.0) using a terminal on Linux by referring to the following site.
https://github.com/TITAN2D/titan2d/releases

To test:
＃get to example directory

Then, the following screen will appear. 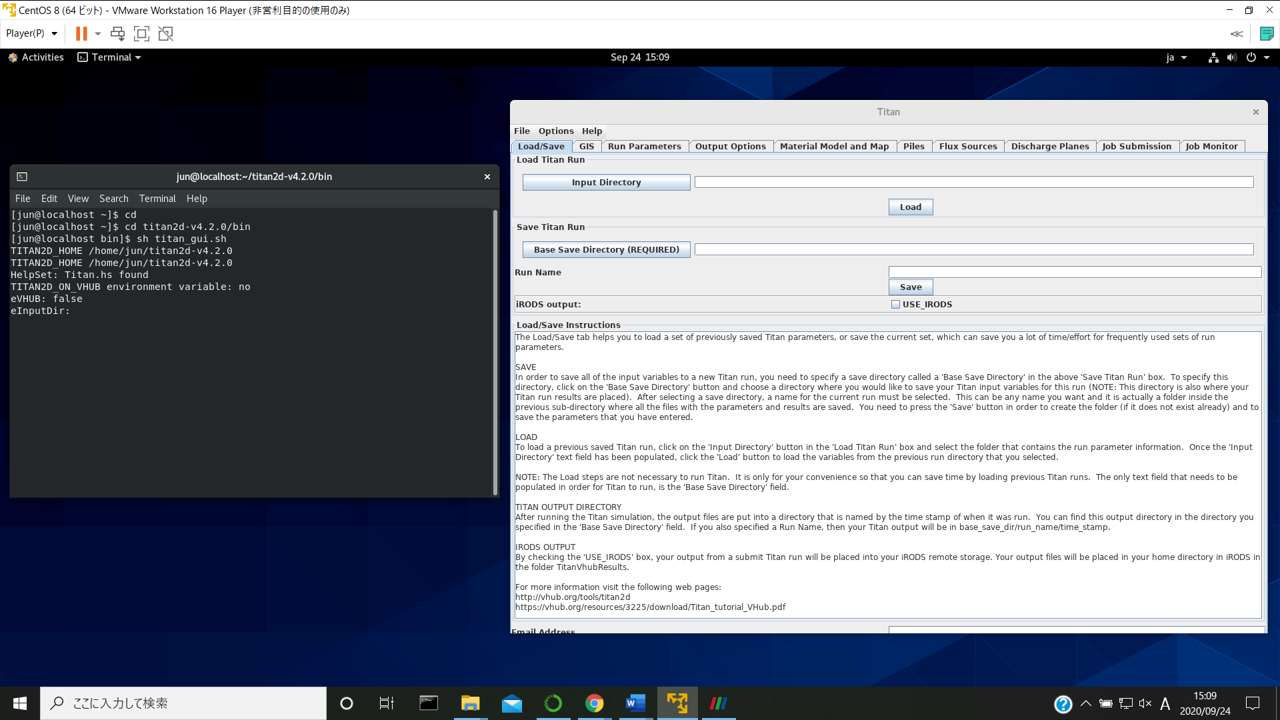 After the operation screen is displayed in (3), enter the parameters according to the following URL (user guide).
https://vhub.org/resources/4057/download/Titan2D_User_Guide.pdf

“I can’t create a virtual environment” “I can’t install CentOS” “Linux can’t connect to the Internet” “Linux starts up with CUI and can’t be operated as GUI” “Can’t set Linux time zone to Japan” “Host-guest Problems that can be solved immediately by those who are familiar with personal computers, such as “I can’t create a shared folder”, are also difficult problems for people like me who are dealing with them for the first time.
I have been taken care of by various people, so I would like to respond if I can understand.