This document will perform a load test that causes GCE created with GCP to use a large amount of CPU. Also, set the GCP monitoring function to alert you when the CPU usage reaches 100%.

If you set to issue an alert to your email address

Confirm that you have received the following alert email. 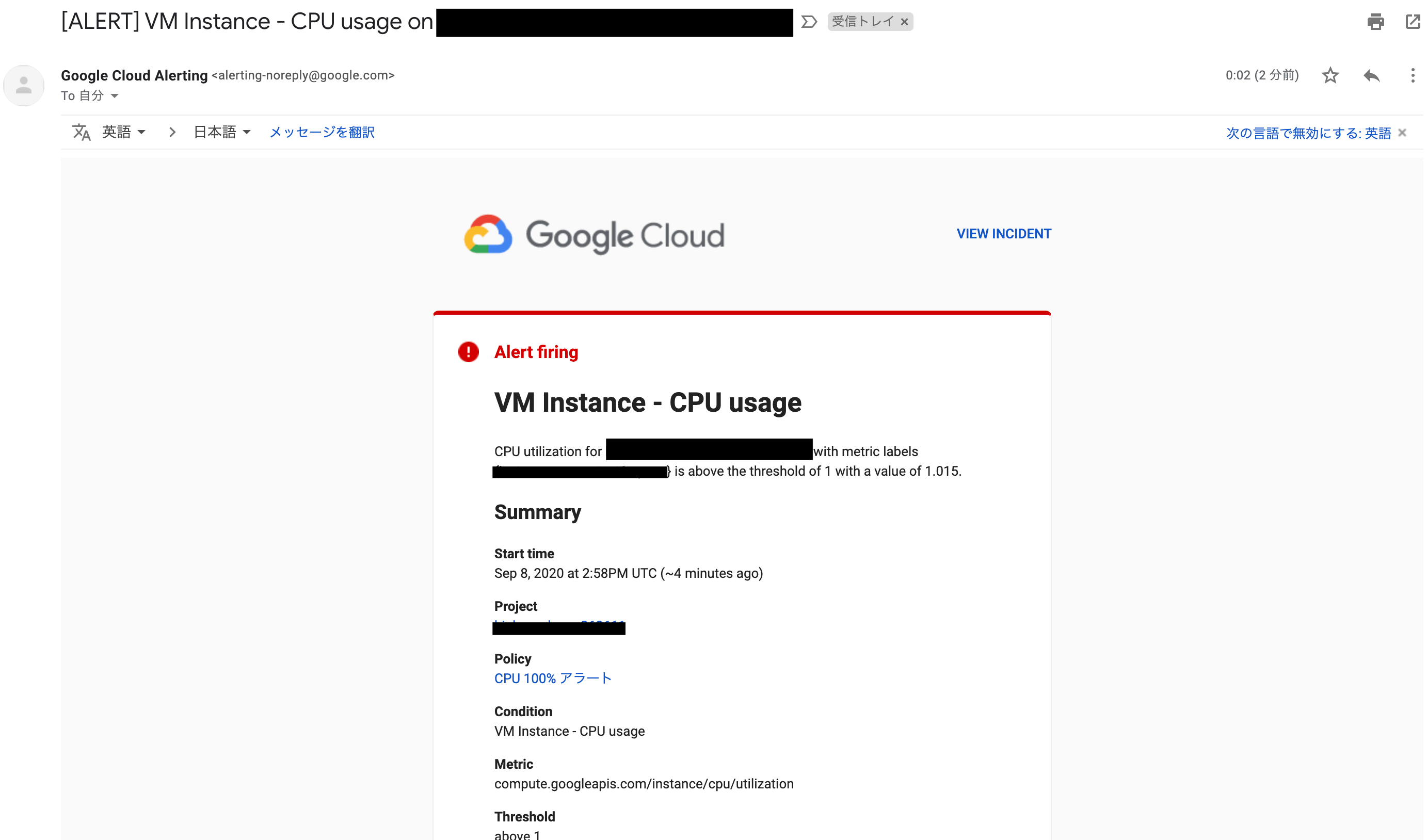 What to do with GCE

Execute the top command and make a note of the PID of the yes process (the process that is intentionally consuming CPU). After that, execute the following command to terminate all yes processes.

After that, execute the top command and confirm that the CPU usage has decreased.

Confirm that the incident details have been updated as recovering from the failure. Also, if you have set the alert email to be sent to your email address, make sure that you have received the “Alert recovered” email after the failure has been recovered. 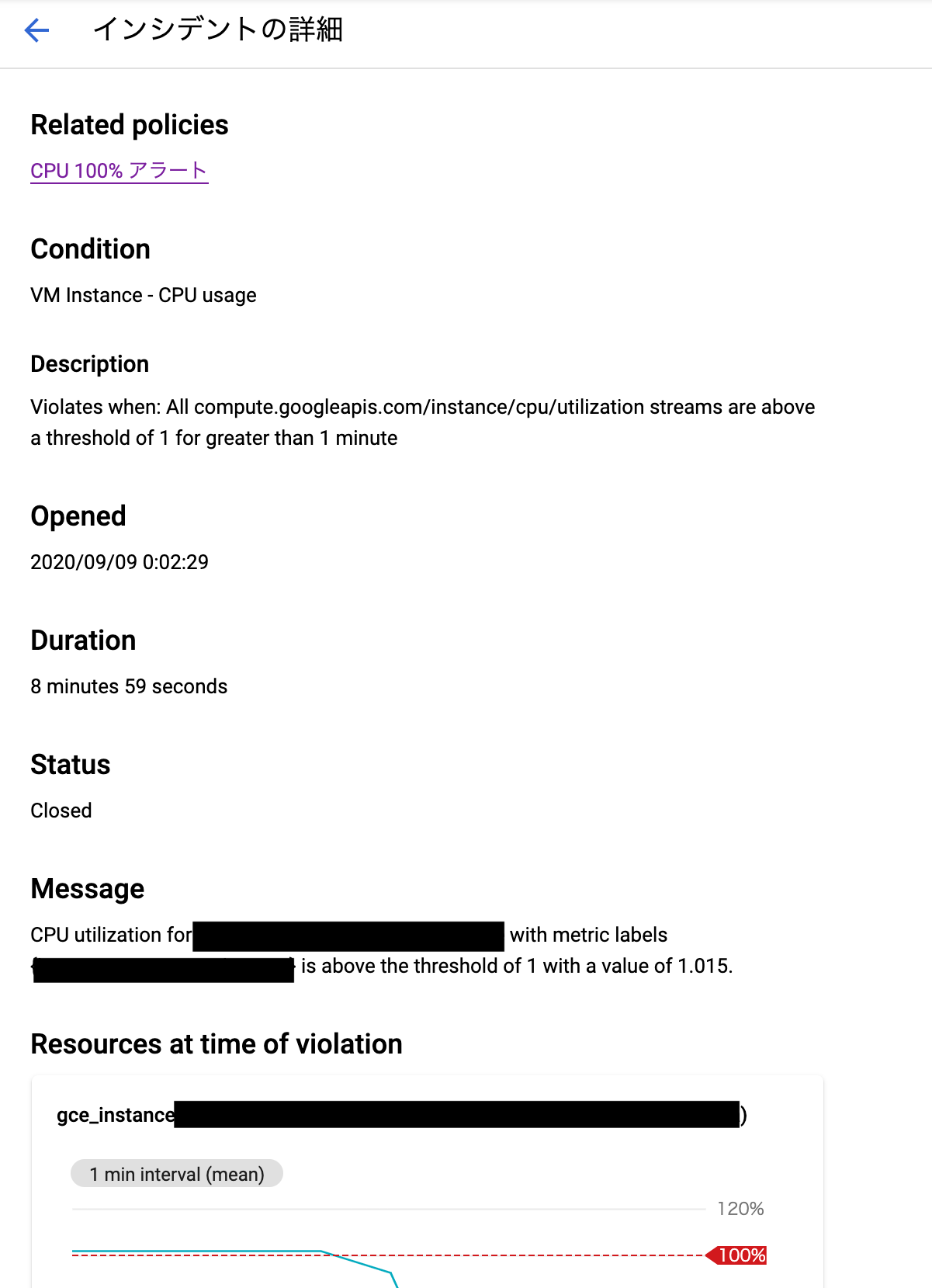 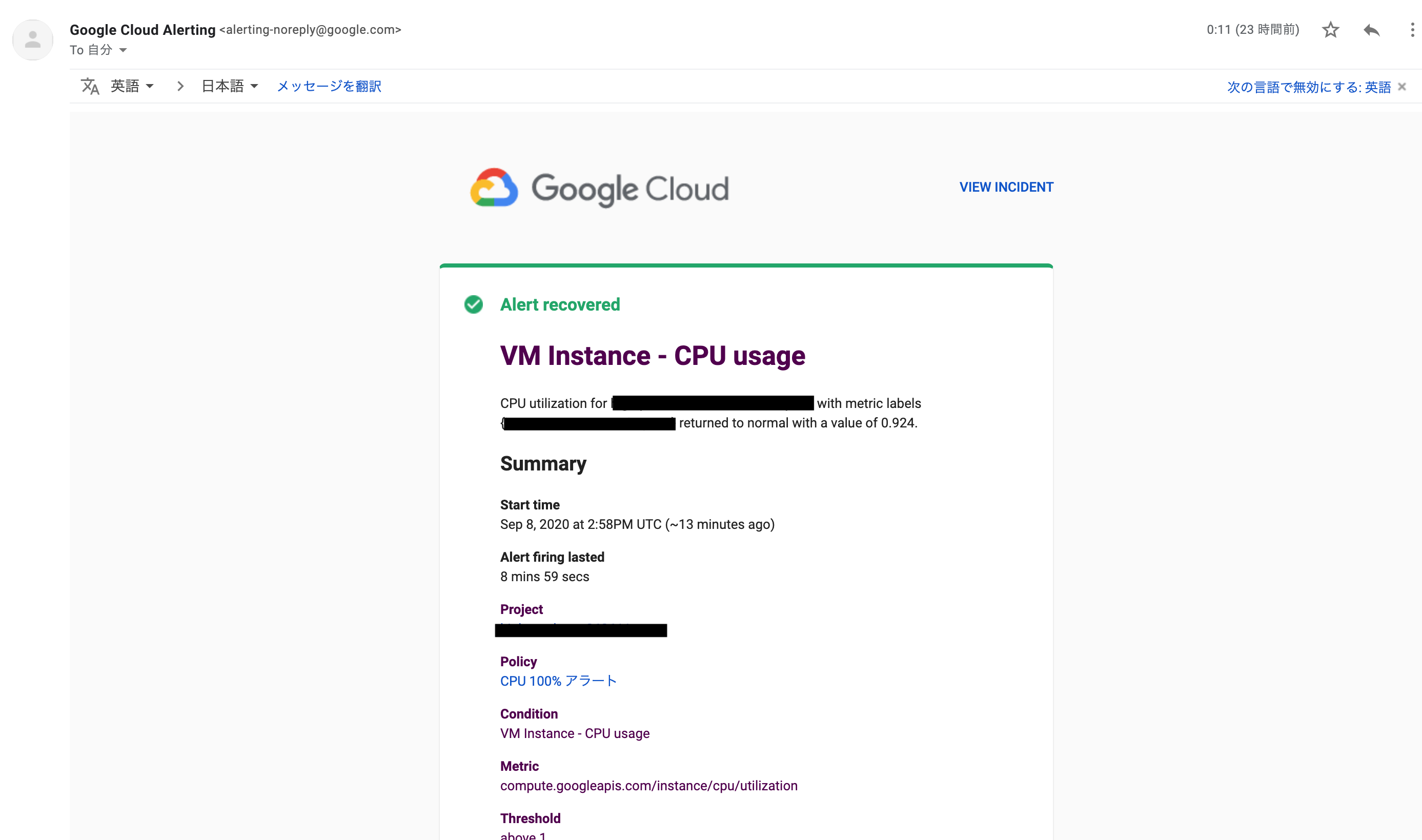 By setting the GCP monitoring function and alerts, you can notice problems such as CPU usage.