If you want to do multiple UI threads in WPF, don’t do it …
If there is another workaround for the problem you are trying to avoid with multiple UI threads, consider that.
If you do it with a light feeling like “Oh? Isn’t it a solution if you make another UI thread?”, If you do not program carefully, you will die if you run for a long time, or you will die in some way. I have the impression that it often happens.

I think WPF, or platforms that have most UIs, have a single UI thread, where there is a loop to handle events (messages).

As far as I know, UWP has a separate UI thread for each Window.

What makes me happy when I have multiple UI threads?

Heavy processing and modal dialogs do not affect anyone running in another UI thread.
Perhaps UWP does this because it’s less likely to freeze the UI if there is a UI thread for each window.

What happens with WPF?

Since it is a single UI thread, blocking all UI threads will freeze all windows in your app.
Let’s try it. Create a WPF app project and place a button on the MainWindow as shown below.

Then, implement the click event in the code-behind as follows.

Every time I press a button, the number of windows increases or a dialog to open a file appears. However, when the ModalButton_Click process runs, I can only operate the newly displayed Window. This isn’t a UI thread blocked, it’s a move that only touches the Window displayed in ShowDialog.

With an app that has a lot of windows, I think there are cases where it would be a problem if you just showDialog a window somewhere and other windows cannot be touched.

WPF Window can be used in another thread if it is a Single Thread Apartment, so ShowDialog is okay.

If you do this, the new Window will run in a separate thread, so any heavy processing or blocking of threads beyond that will not hinder the movement of the original Window.

However, with this method, there is a problem that a memory leak occurs unless Dispatcher is terminated.
Let’s take a quick look. Debug in VS 2019 and take a snapshot of memory. After that, normally display three windows, close all of them, and then run the GC to take a snapshot of the memory.

If you take the Diff of the number of instances of the MainWindow class, it is 0. It seems that the closed Window has been recovered.

Next, try the same procedure by displaying it in a new UI thread.
increasing….

It will be like that. The same thing is written in this article.

Now, let’s deal with it according to the coping method.

WPF’s DataGrid and ListBox can easily die if a collection change event comes from outside the UI thread. Therefore, it is troublesome if Windows belonging to another thread refers to the same collection and displays it on the screen.

In the first place, the standard ʻObservableCollection

So it seems to be painful if you do not duplicate the collection and synchronize each one in a good way or do something like that and publish the collection change event in the UI thread of the Window where you are displayed.

I hate it because I don’t want to create a situation where multiple threads have to work together if possible.

If you don’t want the window to be locked more than you think with the default ShowDialog, you can control the window so that it doesn’t move. For example, this will not touch the UI of the parent Window until the child Window is closed. 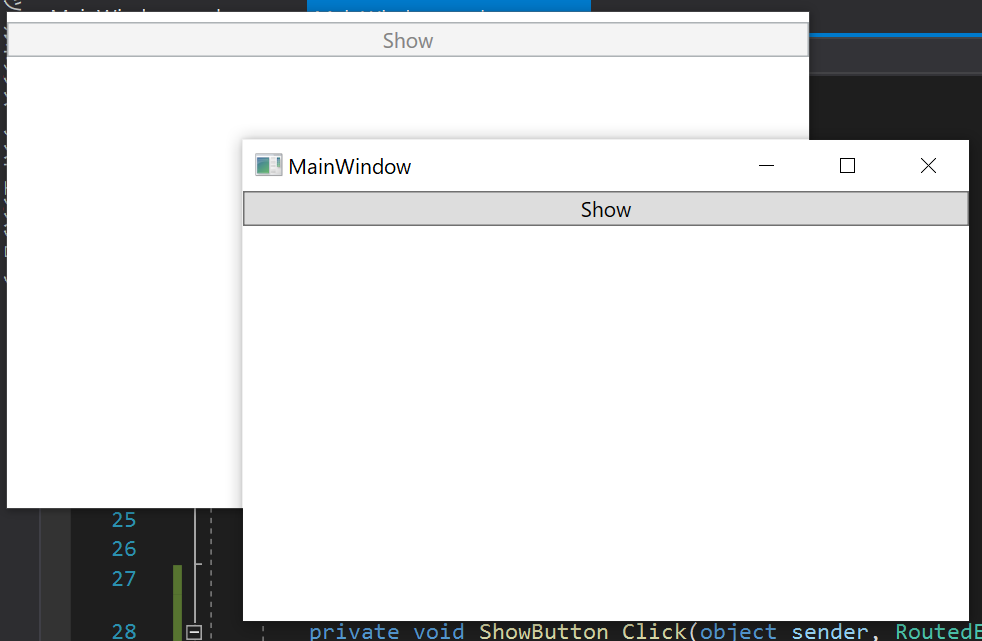 You can slam it into the Windows API to make it look more like real behavior than setting WindowStyle to None. For example, if you do the following, you will not be able to move, maximize, minimize, or close the child window until it is closed. 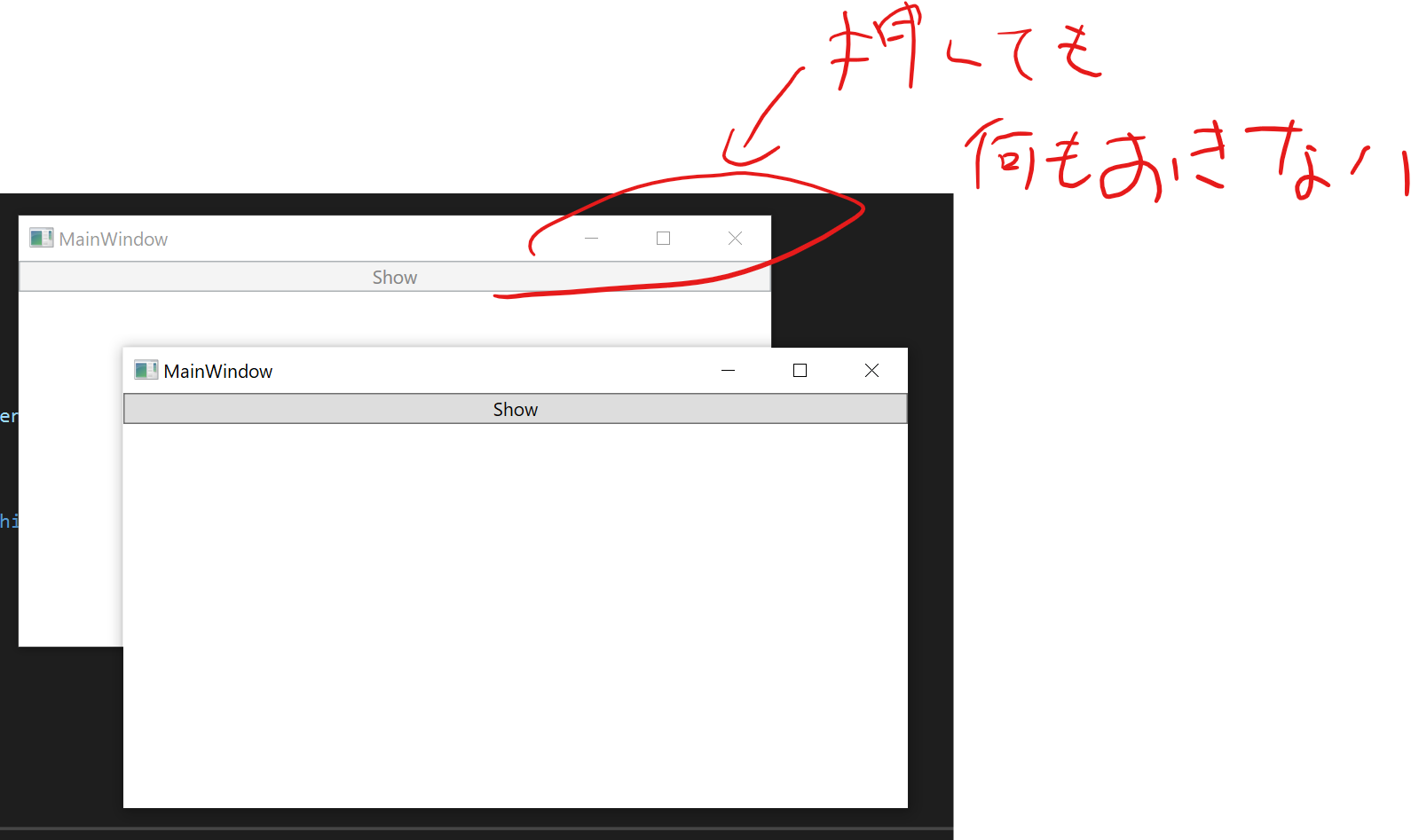 I have to look up Windows messages, but I’m happy compared to the pain of multithreaded programming.

By doing this, you’ll probably be able to do a good deal with a single UI thread.

I personally feel that it would be totally happier to keep multiple UI threads in WPF as a last resort and find a way to do as little as possible.
Especially in addition to the difficulty of ordinary multithreaded programming

I’m addicted to such things, so I want to cry. There is a memory leak, so check all the places where you can open a window or create a thread. Personally, I want to cry when asked to make sure Dispatcher is shut down on all routes.

I’m automatically dispatching events to the UI thread, but since this dispatch destination is the UI thread that the app has from the beginning, I don’t know about other UI threads.